“Brothers, if anyone is caught in any transgression, you who are spiritual should restore him in a spirit of gentleness. Keep watch on yourself, lest you too be tempted. Bear one another’s burdens, and so fulfill the law of Christ.”

It’s been said that the church is the only army that shoots its own wounded. There’s something about catching someone else in sin that takes the focus off of our own failures. We can be tempted to make a spectacle of calling them on the carpet or making them feel like they should be made an example of. Is it any wonder that believers can be hesitant to confess their weaknesses to others in the church? It’s common practice to pretend that we have it all together, even when we’re falling apart. I had a religion professor that warned his young students, “the people in your church want you to be yourself – until you are.” Admittedly that was a bit jaded, but not without many actual cases to support it.
As we consider Paul’s ground rules for dealing with the spiritually fallen, there are three major things to remember:
We should have humility. Many are familiar with the proverb, “pride goes before a fall.” In a survey done by Leadership magazine, the two common denominators of pastors who had fallen to sin were a lack of personal devotion time, and the thought, “that could never happen to me.” All of us have sinned and fall short, so we should come to our brother with this fresh on our mind, knowing that it could just have easily been us.
We should be tender. The word ‘restore’ here in the greek is used to describe resetting a dislocated limb to its proper place. We should be aware of the pain that their decision has caused them and those around them. Most of us know people who are no longer in the church because their sin was dealt with in a ham-fisted manner. They left wounded and many times still entrenched in their sin.
Our aim should be restoration. When we are tempted to pile on to the fallen, Paul encourages just the opposite. We are to lift each other’s burdens, to help carry the weight of one another’s struggles. He says that in doing this we fulfill the law of Christ. What is the law of Christ? It is restoration. Christ came to restore humanity into a right relationship with God the Father. And as his disciples, our mission is to help bring others into restoration as well. So when we talk about living and loving like Jesus, one picture of that is restoration.
An example from the gospels paints this beautifully. A woman caught in adultery was brought to Jesus by religious leaders ready to stone her. He called them to humility with the words, “you who are without sin, cast the first stone.” As they walked away one by one, he spoke gently to the woman, asking “where are your accusers?” Jesus lifted her burden with the assurance that just as the others no longer stood against her, either would he. His final admonition was to “go and leave your life of sin.” It’s interesting to note that Jesus, the last man left in the conversation, was in fact, the only one qualified to cast the first stone. Yet, he chose to restore.
While using the HEAR method (see below) consider the following questions: 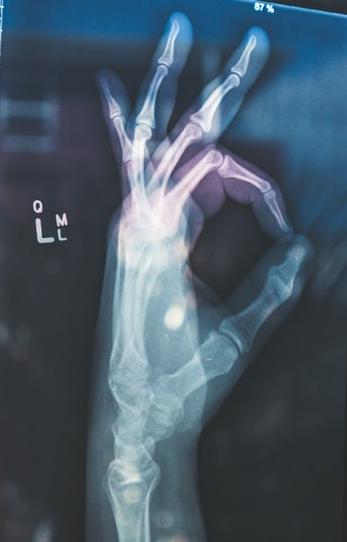 Photo by Owen Beard on Unsplash