“Now a man from the house of Levi went and took as his wife a Levite woman. The woman conceived and bore a son, and when she saw that he was a fine child, she hid him three months. When she could hide him no longer, she took for him a basket made of bulrushes and daubed it with bitumen and pitch. She put the child in it and placed it among the reeds by the river bank. And his sister stood at a distance to know what would be done to him. Now the daughter of Pharaoh came down to bathe at the river, while her young women walked beside the river. She saw the basket among the reeds and sent her servant woman, and she took it. When she opened it, she saw the child, and behold, the baby was crying. She took pity on him and said, “This is one of the Hebrews’ children.” Then his sister said to Pharaoh’s daughter, “Shall I go and call you a nurse from the Hebrew women to nurse the child for you?” And Pharaoh’s daughter said to her, “Go.” So the girl went and called the child’s mother. And Pharaoh’s daughter said to her, “Take this child away and nurse him for me, and I will give you your wages.” So the woman took the child and nursed him.

Moses’ parents were Hebrew slaves in Egypt. The slave population had flourished and were becoming so numerous that the Egyptians began to fear them. The Egyptians were afraid that they would become so strong that they might join their enemies and fight against them. To prevent this an order was given by the Egyptian Pharaoh that all the boys born to Hebrew slaves were to be thrown into the river.

When Moses was born his mother described him as a beautiful child and could not bear to see him killed. She hid her son to protect him, but as he grew, she realized that she would be unable to keep him hidden and safe. I remember the fear that gripped me when my first son experienced a health problem when he was born. He was losing a lot more weight than normal during the first 24 hours and was refusing to take in fluids. On day two, the nurse explained that there was a possible blockage and they would be keeping him in the nursery so they could try to get him to nurse. If he showed no improvement, they would begin to look for a blockage. Even today, nearly 50 years later the remembrance of that nurse’s visit brings a flood of emotions. I spent the entire day crying and praying for my precious son to be alright. I called family and through tears asked them to pray with me. I fought back fear and leaned on God to provide the answer. Moses’ mother must have felt the same fear I did. I am sure she spent a lot of time praying and thinking about a way to keep her son safe. She did not know if her plan would work, but it did. I feel sure God led her to this plan because He had a plan for Moses.

Her prayers were more abundantly answered than she had hoped. After being found in a basket on the Nile, Moses was brought to Pharoah’s daughter and she had compassion for him. His older sister realized the princess would need someone to nurse the child and offered to find a nursing Hebrew mother. Not only would her son live but she would be able to keep him with her and safe for many months. Then he would grow up as part of the royal family and not as a slave. The solution God provided for her problem was unexpected and much better than any she had dared to dream.

As I think back over my life, I remember times when I was in despair over a situation where I could see no solution. In desperation, I turned to God in prayer. God has often answered my prayers in unexpected and powerful ways. I am learning that the best and first plan should be to ask God to reveal His plan and then listen and wait.

Highlight – what words or phrases jump out at you?
Explain – what does the passage mean?
Apply – how does the passage intersect with your life today?
Respond – how is God leading you to respond?
Brenda Erwin 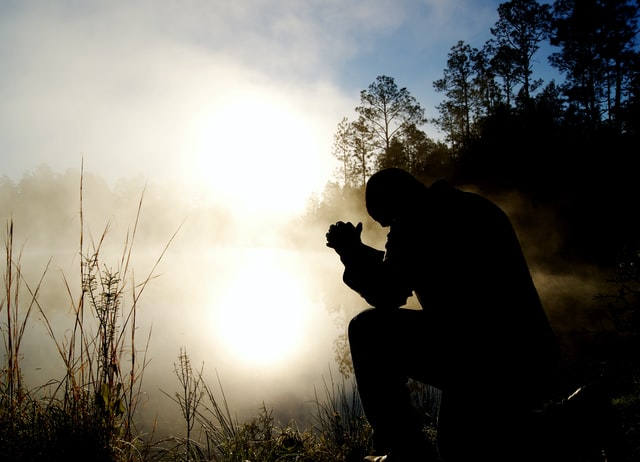 Photo by Aaron Burden on Unsplash