“None is righteous, no, not one;
for all have sinned and fall short of the glory of God,”
When I was a wee lad growing up in south Florida, by far my most hated chore was to weed under the orange trees in the backyard. My brother and I would make a day of sitting in the shade pulling weeds, avoiding the muck of rotten oranges, and cursing Adam and Eve for sinning. The way we understood it, weeds were a direct consequence of the fall, and that little event fell squarely on their naked shoulders. Thousands of years later, we were forced to waste a perfectly good Saturday (back then, the only time to watch cartoons), paying for their poor choices.
But the truth of the matter is, that although Adam and Eve were the first to sin, we aren’t off the hook. A few centuries after the early church began, a doctrine called “original sin” came into favor. It was based on the idea that Adam and Eve’s sin caused a reaction down the genetic line of mankind that caused everyone to be born “into sin.” In other words, we can’t help it. We come out of the womb stained by the sin of the first couple and therefore deserve God’s wrath. And although there are far-reaching consequences of the fall and all the following sin that preceded us, it is only our own sin that condemns us.
Like a college kid with a semester of psychology under our belt, we can think of any number of reasons why it’s our parent’s fault, the government’s fault, our culture’s fault, or even the first man and woman’s fault. But as it turns out, original sin isn’t so original. We’ve all sinned and bear the blame of turning against the One who created us.
While using the HEAR method (see below) consider the following questions: 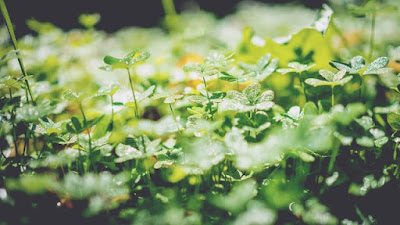 Photo by Irene Dávila on Unsplash