“And they heard the sound of the Lord God walking in the garden in the cool of the day, and the man and his wife hid themselves from the presence of the Lord God among the trees of the garden. But the Lord God called to the man and said to him, “Where are you?” And he said, “I heard the sound of you in the garden, and I was afraid, because I was naked, and I hid myself.” He said, “Who told you that you were naked? Have you eaten of the tree of which I commanded you not to eat?” The man said, “The woman whom you gave to be with me, she gave me fruit of the tree, and I ate.” Then the Lord God said to the woman, “What is this that you have done?” The woman said, “The serpent deceived me, and I ate.”
When Adam and Eve took the first bite, the fruit did not possess some kind of potion that opened their eyes to good and evil.  No, Adam and Eve chose to eat what God said not to eat, and immediately they experienced a conscious awareness of the other side of good.
The actions that followed were just the continuation of those feelings and the consequence of guilt from those actions. That trend has continued throughout history to where we are today.
Adam and Eve were now self-conscious and ashamed at what they saw in themselves.  They began to see what happens when we deviate from God’s design.  The only two things they knew to do was to cover up and give excuses.  They were hiding from God and trying to convince themselves and God that everything was fine, but it is no fun playing hide and seek with God.
Possibly, if they could cover themselves, their flaws would not be exposed. Maybe the awareness of their faults could be excused.  However, excuses and hiding do not take away the shame.  They only magnify the fact that something is wrong.
If you want to be secure with yourself and right with our Holy God, you must be honest.  God already knows what you did and no excuses will release you.  So, take a daily inventory with the Spirit of God and expose yourself to Him.  Without excuses, let God wash away your sin and remove your shame.
While using the HEAR method (see below) consider the following questions: 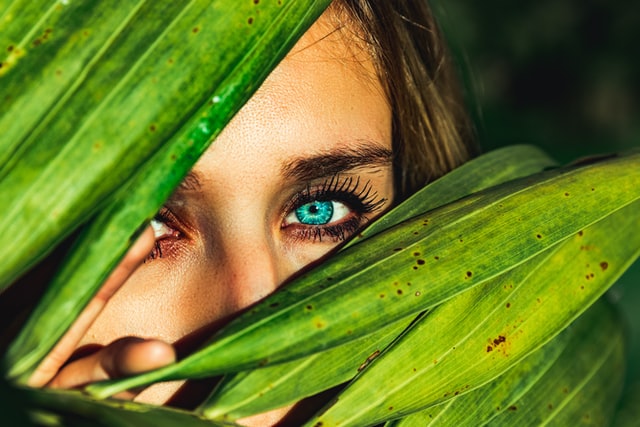 Photo by Alex Iby on Unsplash