“Then he said, “Let me go, for the day has broken.” But Jacob said, “I will not let you go unless you bless me.” And he said to him, “What is your name?” And he said, “Jacob.” Then he said, “Your name shall no longer be called Jacob, but Israel, for you have striven with God and with men, and have prevailed.”

“What’s in a name?” William Shakespeare

Do names really matter other than to distinguish us from those around us? Not if you ask the seven Kaitlyns or four Braydens in the youth group! Some have names that reference honored family members up the line. Some have names that parents hoped would give their son or daughter a leg up in life. Some parents just wanted to be funny without considering the consequences of naming their child ‘Fisher’ Price (that one was actually vetoed by my wife).

Sometimes a new name can mean a new start. It’s not uncommon for kids to try to shake a name or nickname upon entering college in a new town. Jacob’s parents hit the target with his name, which meant “trickster.” He had “lived up to his name” in the way he swindled those around him to always get the better side of a deal. And now he was fleeing because of it.

In the Bible, several people were given new names, signifying a shift in the person’s narrative and a new calling to live up to – Abram to Abraham, Saul to Paul, Simon to Peter, and Jacob to Israel. In each case, God (or Jesus) was saying, “I see you, I see what is in you and I see what I will accomplish through you.” What a blessing to step out of a name that has so much baggage attached to it and into a name that calls us to something greater.

That is the picture of salvation, not only saved FROM our past but FOR a future. Like Jacob, our future may involve struggles with men and God, but it will also involve an eternal purpose and the blessings set aside for those who are called by His name.

While using the HEAR method (see below) consider the following questions:
Highlight – what words or phrases jump out at you?
Explain – what does the passage mean?
Apply – how does the passage intersect with your life today?
Respond – how is God leading you to respond?
Jon Price, Associate Pastor 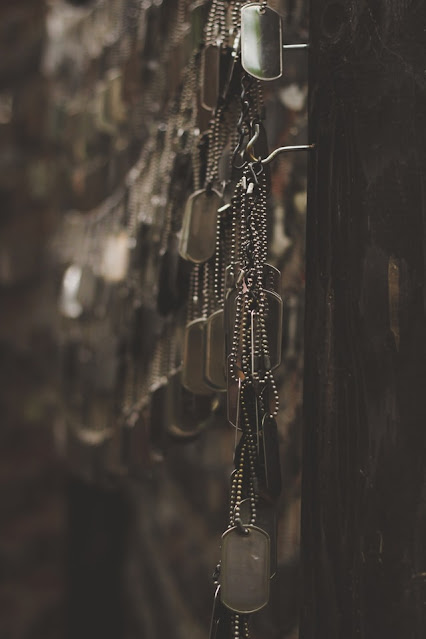 Photo by Holly Mindrup on Unsplash