“And Jacob was left alone. And a man wrestled with him until the breaking of the day. When the man saw that he did not prevail against Jacob, he touched his hip socket, and Jacob’s hip was put out of joint as he wrestled with him.

“So Jacob called the name of the place Peniel, saying, “For I have seen God face to face, and yet my life has been delivered.” The sun rose upon him as he passed Penuel, limping because of his hip. Therefore to this day, the people of Israel do not eat the sinew of the thigh that is on the hip socket, because he touched the socket of Jacob’s hip on the sinew of the thigh.”

When my two girls were four and six years old, I was invited to the local amateur wrestling championship to say a prayer before it began. Yes, the kind that you jump off the top rope, and, well, don’t tell anyone, but the “fake” wrestling. What an event! (Hold your questions ’til the end)

Everything was hilarious and fun hanging out with our friends until we noticed my 4-year-old. Her initial fear turned into an intense passion. She screamed with the crowd, picked her favorite, and even yelled at the “bad guy.” And though she grew out of it, her dream was to be the greatest female wrestler and win the championship belt.

As you read this experience where Jacob wrestled with the angel, you can see that there is nothing fake about it. His uncle is chasing from behind and his brother is chasing from the front, and both are ready to hurt him. Everything Jacob owns, along with his family is on its way to his brother, Esau, to hopefully soften his anger. Then an angel shows up and Jacob decides to have a wrestling match.

Among other things that we will cover this week, what was Jacob thinking? It was simple. Jacob needed what everyone who wrestles needs: a prize. It wasn’t the honor to be called the winner. It wasn’t to win a belt. Jacob would not give up until God blessed him. If you are wrestling with God, what prize are you looking for? What is the point of struggling with God if there is no point to the struggle?

Jacob wanted a blessing and God blessed him. In reality, God had already blessed him, but He used this wrestling match to open Jacob’s eyes to that blessing. This example shows us that it’s OK to wrestle with God if you have a struggle. It’s in these experiences where God gets personal with you and reveals something about you and your situation that you need to see.

While using the HEAR method (see below) consider the following question:
Highlight – what words or phrases jump out at you?
Explain – what does the passage mean?
Apply – how does the passage intersect with your life today?
Respond – how is God leading you to respond?
Pastor Stephen Williams 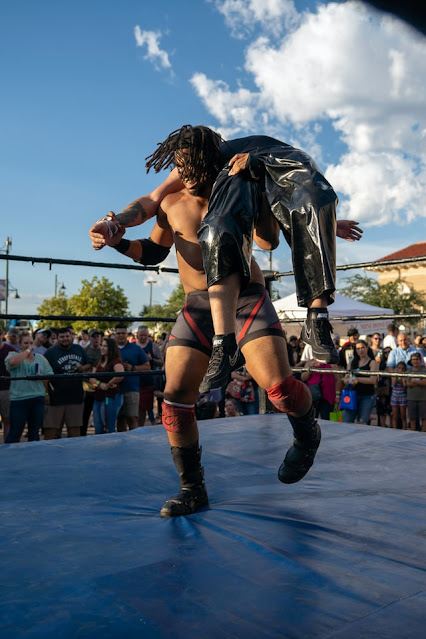 Photo by Jason Pofahl on Unsplash